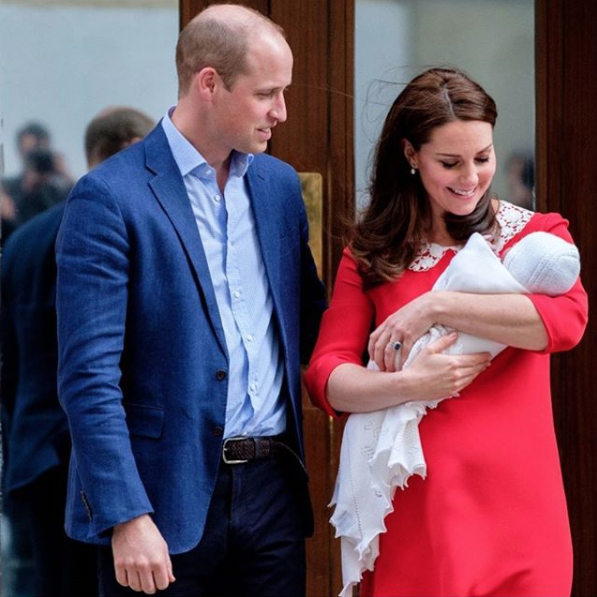 Kensington Palace tweeted the huge news announcing that the new prince is to be named ‘His Royal Highness Prince Louis of Cambridge.’ 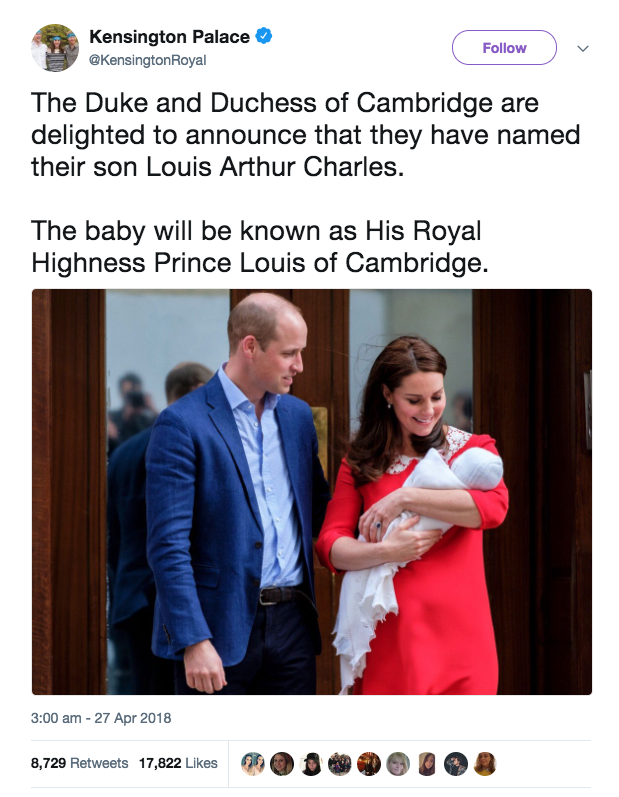 The world has been eagerly awaiting the announcement since Kate gave birth to her third child on Monday.

The little prince who was born weighing 8lb 7oz is fifth in line to the throne.

The baby’s middle name Arthur is also a middle name shared by his father The Duke of Cambridge and the Queen’s father King George VI.

We don’t know about you, but we think the new prince’s name is adorable!